Murray Elliott was born in Auckland in 1918 and educated at Auckland Gramar School. He worked on the New Zealand Herald editorial staff before serving with the New Zealand forces in the Pacific and the Middle East. He joined the Australian Associated Press in London in 1946 and from 1949 he spent ten years with Reuters in Fleet Street before joining the BBC and working in the External Services news department for twenty years. He was London Correspondent for Radio New Zealand for fourteen years and edited New Zealand News (U.K.) for six. As well as broadcasts and programmes in Britain and New Zealand, he has written on a wide variety of topics for international publications. 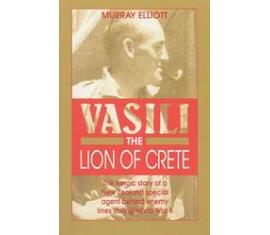 Vasili the Lion of Crete

Vasili the Lion of Crete