Willliam Stanley Moss, MC and Bar, was born in 1921 and educated at Charterhouse and abroad. Like Patrick Leigh-Fermor, he packed his teens with travel and adventure, returning in 1939 from a log cabin in Latvia by way of a yacht in order to join the Coldstream Guards. During a second clandestine trip to Crete the was betrayed by Communist sympathisers and had to fight his way out, and he served for the remainder of the war with guerrillas in Macedonia and Siam He wrote a highly praised novel, "The hour of Elight"and a account of the rest of his wartime adventures, "A war of Sadows". 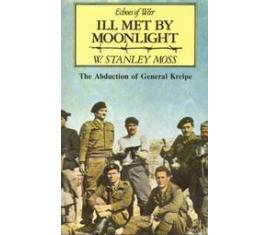